A hackathon leaves a permanent mark 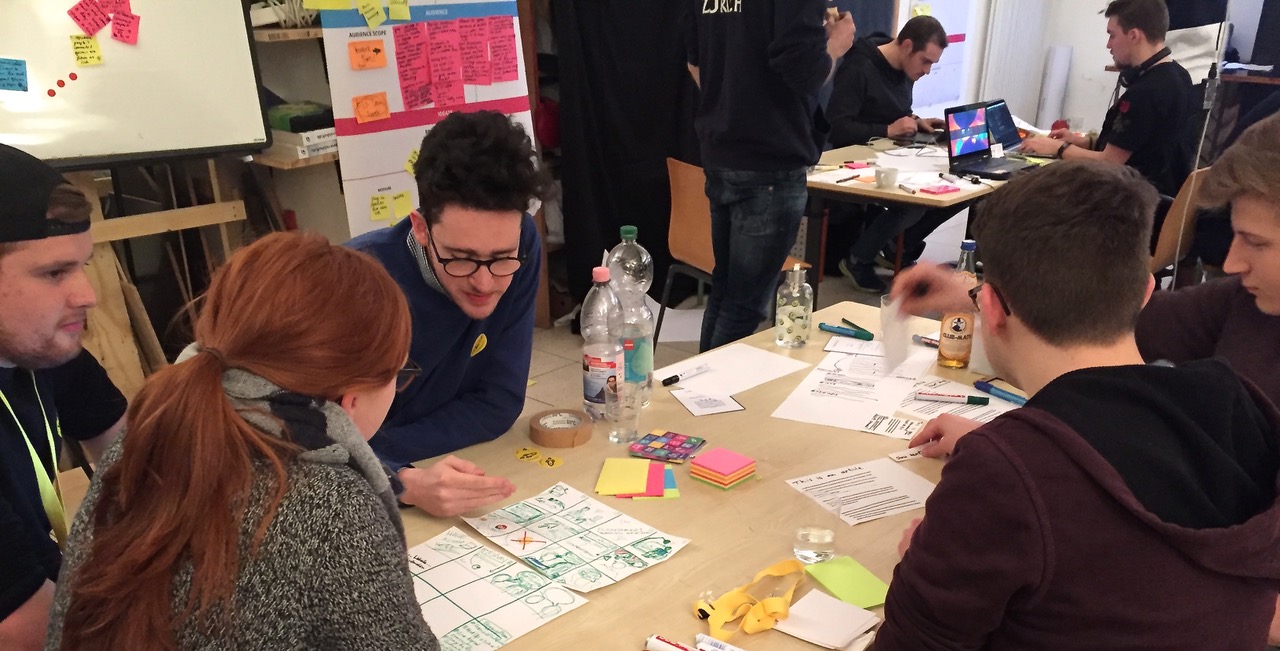 A group of journalists, designers and coders walks into a basement. It’s not the set-up to a joke, but the start of three game-changing days. From March 2nd to March 4th, Hackastory organized a hackathon at the Deutsch-Amerikanisches Institut, the German American Institute, in Heidelberg. As a storyteller for them, I was invited to come along and take part in the hackathon. Being a first-timer, I didn’t know what to expect. It would turn out to be a test of limits and character.

A Hackastory hackathon is quite the trip. You step out of your comfort zone into a world of possibilities. Albertine Piels, Hackanaut-in-Chief, started the hackathon with a blindfold on, and took it off halfway through her introduction. Her message? Most journalists don’t know their audience. You should always put your audience first!

Friday night, the first part of the 2,5 day workshop, was for getting to know one another, setting expectations, opening up the participants to thinking outside the box, and forming the teams for the rest of the weekend. I had to lead an exercise that involved greeting people in different ways (first with a lack of interest, then as if they’re your best friend that you haven’t seen in years, and then as a good friend). The point, besides introducing yourself, is to show that an open mindset towards others is crucial. Leading the exercise made me nervous, but I remembered my first blog post and its moral: say yes to doing and no to doubting. There was no reason to be nervous. This was an important moment early on in the hackathon, as I realized that the pressure was all in my head and my apprehension was unwarranted.

Shortly after these introductory exercises, we were put into our assigned teams. Mine was made up of three journalists/storytellers and two coders. Our first order of business was to choose a name. The Permanent Markers was born. 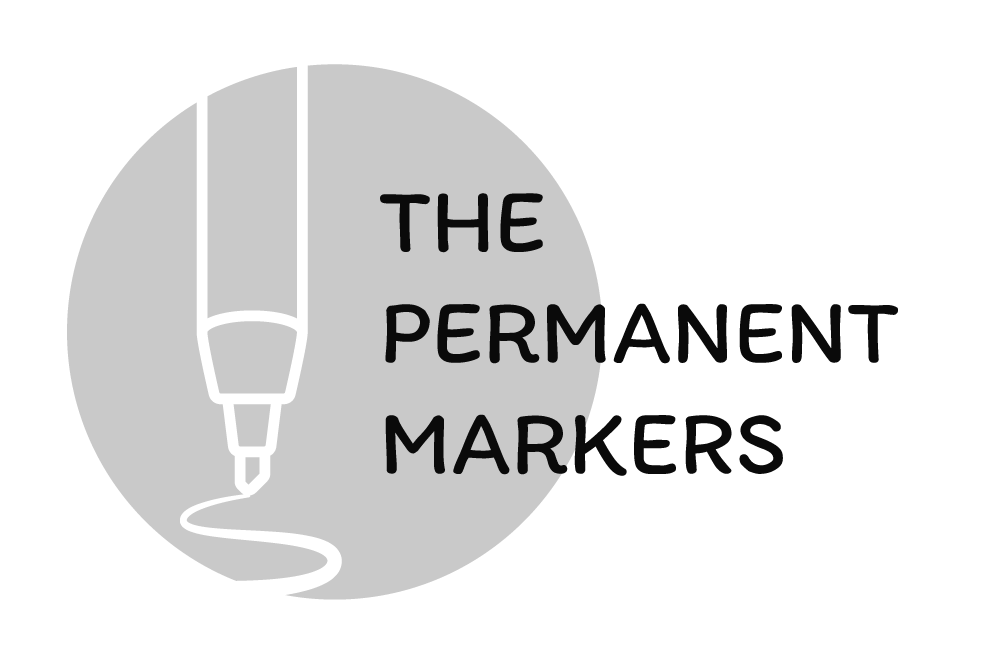 Following Hackastory’s step-by-step method kit, we set out to pinpoint the product we wanted to make and our target audience. Our opinions differed, but at some point we let go of our egos. At the end of the night we hadn’t narrowed down our target audience and product as much as we’d hoped, but I knew that that would change the next day throughout the remainder of the ideation phase.

Saturday, the hackathon’s second day, lasted eleven hours, though it felt much shorter. We were heavily concentrated, and the hours flew by. We came together as a team as we systematically followed the method: developing a persona (a typical user of our product), mindmapping, purging and boxing ideas, etc. All of this helped us narrow down the product, and by late afternoon we had a clear vision of our audience, our product, and the way to make it. The method called for a storyboard and paper prototype for our tool, which we tested several times on other participants and adapted according to their feedback. 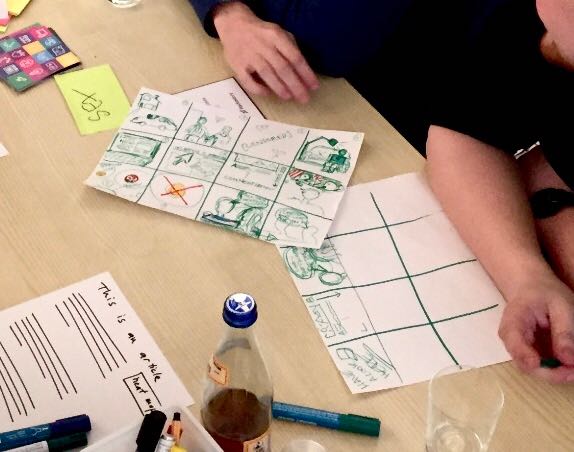 Our storyboard, which we used to introduce the problem for participants about to test our paper prototype 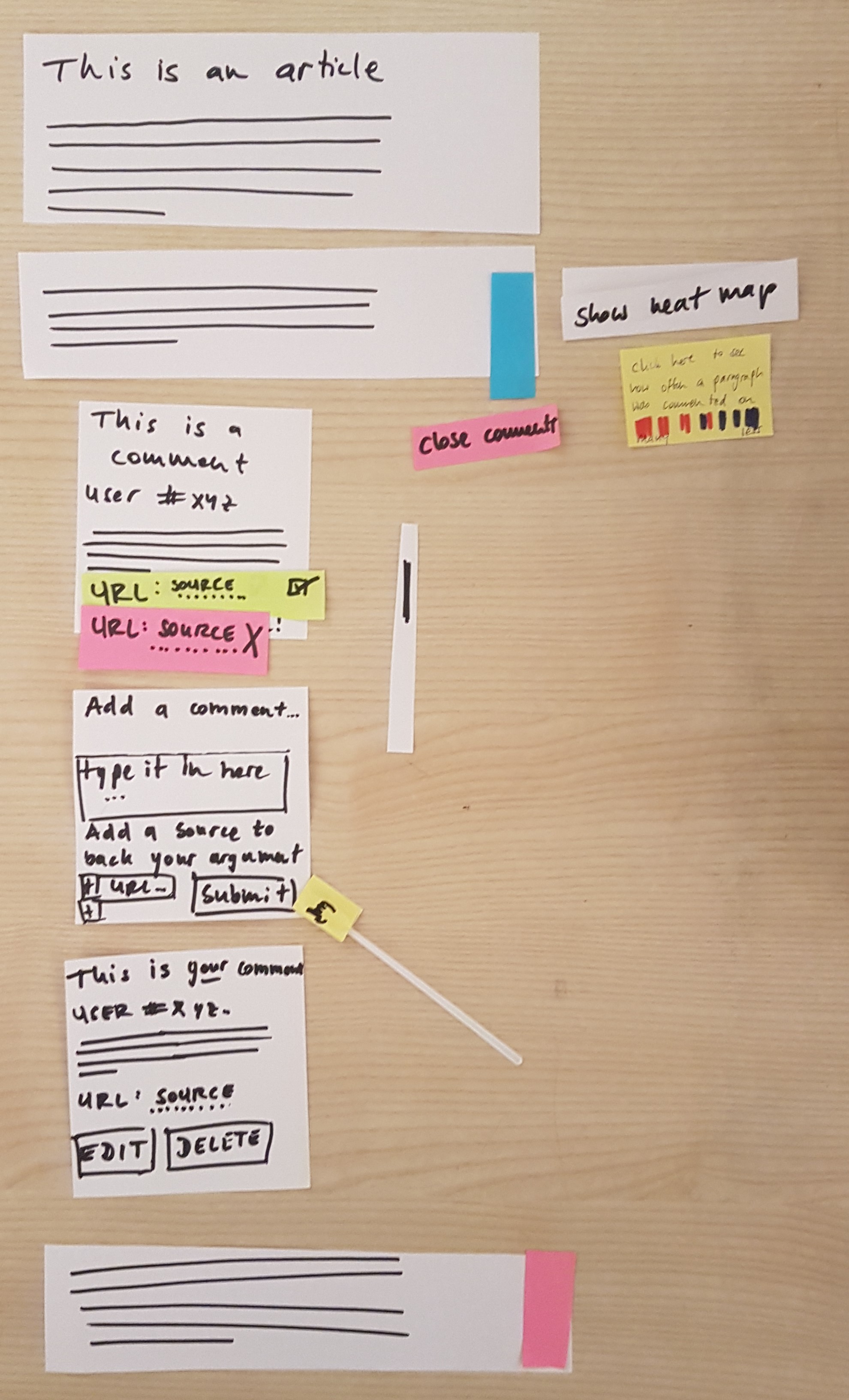 The paper prototype of our plugin, which we used on fellow hackathon participants to smooth out the experience

Sunday, it was time to create a digital prototype of the plugin, which we called ‘PARTicipate’. On the first day we didn’t even know what we wanted to make or who we wanted to make it for. Through an intensive process the previous day, PARTicipate slowly took form, and we ended up with a plugin that takes away comment sections below news articles and allows readers to comment on individual paragraphs instead. This way, there’s a smaller chance of the general hateful comments that tend to fill comment sections, and readers can react and contribute to specific topics in the article. Other readers can verify comments, and a heat map shows which paragraphs are the hottest topics.

The logo for our plugin, “PARTicipate”

We also designed a logo for both the team and the product and wrote an article about the plugin, which we used for the digital prototype. Our plugin and its usefulness was beyond what I would have imagined possible just days before.

My personal take-away from the hackathon is about attitude, mindset. If any of us had been lazy or egotistical, we wouldn’t have developed a product that we’re all proud of, and we wouldn’t have come together as a team the way we did. 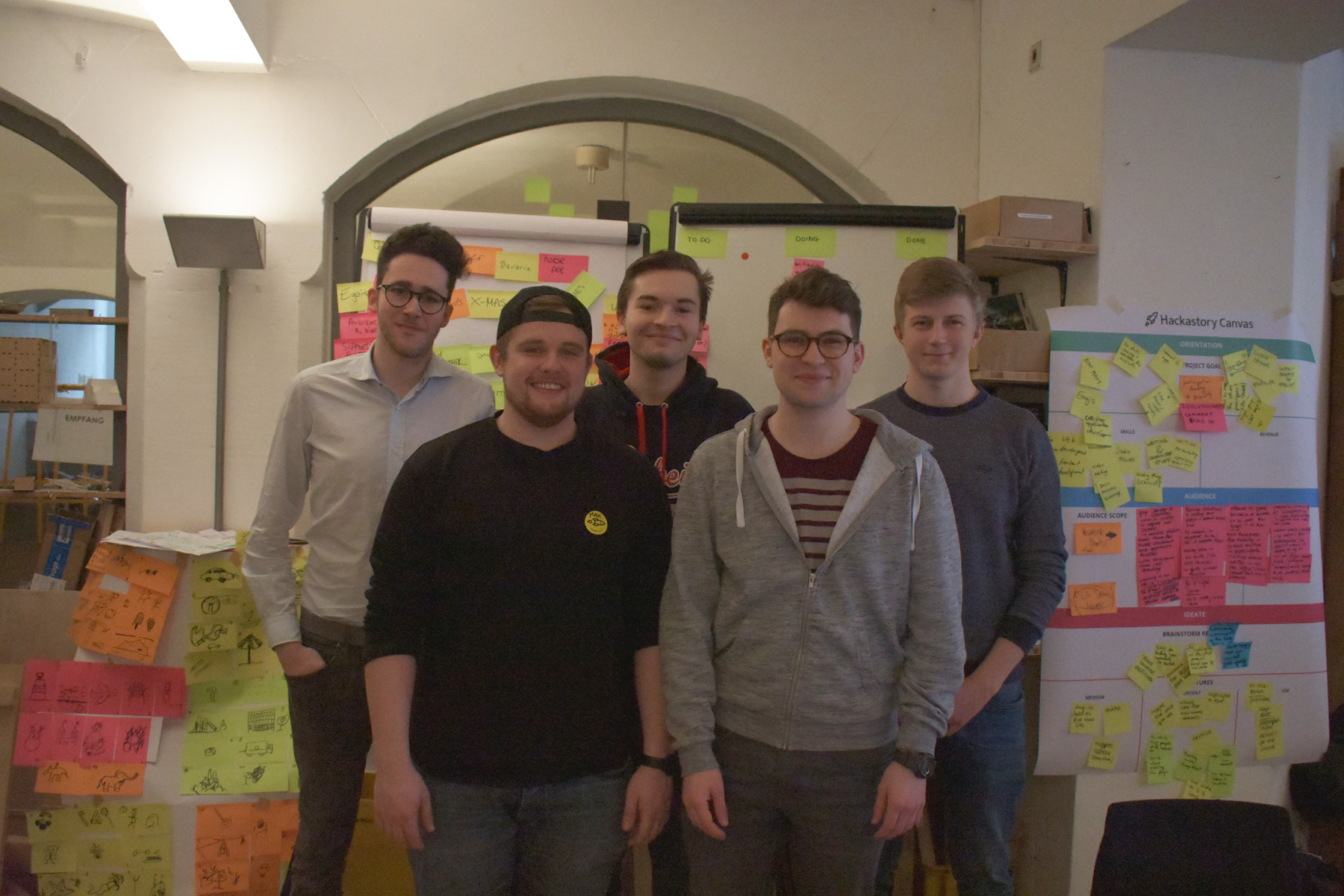 In my previous post, I mentioned The Doors’ Roadhouse Blues. Its first line is: “Keep your eyes on the road, your hands up on the wheel.” That’s exactly what we did during the hackathon. We took it step by step, and stayed focused all the way through, and you know what the best part is? We became a team because of it. The weekend was an unforgettable experience and I couldn’t be more thankful for the opportunity and lasting influence.

You can do anything you set your mind to. To the moon, Hackanauts!

A little guideline to start with coding as a journalist