10 best tips for collaboration between journalists and coders

“Be excited, open-minded and understand the possibilities of the internet”, says Daan Louter, who worked for four years with journalists as a developer in the Visuals Team at The Guardian. “The best-performing projects came from journalists who understand the medium. They came up with a very precise idea and what they want to achieve.”

“Can you make a long shot?” My cameraman knew exactly what I meant. It was the same with panning. I worked as a journalist for 15 years (12 as an online journalist) and my cameraman understood me, I spoke his language. This is often not the case between newsroom developers and journalists. It sometimes feels like they’re on two separate islands with a gigantic ocean between them.
So, how do you learn it? If you want to go for a code masterclass in one of the coding languages like Java, C++, C# Python, JavaScript or Ruby, go for it.

But don’t worry, you don’t need to learn how to code: most experts agree that journalists don’t need to learn code. “It’s easier to teach programmers journalism”, says Greg Linch, project editor for The Washington Post. What is necessary is a sense of what’s possible online. Almost all coders agreed on this one. Some newsrooms hire a ‘translator’, an effective manager who listens to the two groups and can help understand each other.

One morning our coder said this in our Slack channel:

What?! Poodle?! So, I google, a lot! All. The. Time. It’s part of learning a new language. About the poodle vulnerability: the internet can explain it better than I can, so for a full explanation please check this website.

“The developer is not a deli counter and the reporter doesn’t just come up and order what sandwich they want, says Andrew Leimdorfer from the BBC in this article. That’s the determining factor for newsroom developers. Everyone is equal in the process and must be equally involved.

Hay Kranen, newsroom developer at the Volkskrant, a leading quality Dutch newspaper,  recognizes the deli-concept. “Some journalists think they have to give the newsroom developer an assignment. Nope, we’re not here to do your assignments.” According to Kranen it’s important the journalist is willing to include the programmer’s expertise into the project. “We are here to think about the process and possibilities. Also, important, I know exactly what and how much time certain projects cost.”

When I worked at a newspaper I wrote the article. When I finished it, an editor checked it, a designer or photographer created an image. The layout was done after that and finally it was sent to the presser. To summarize a traditional workflow:

It works when the end product is familiar and know, for example an article about Brexit of 500 words. Or a reportage about climate change of 1.5 minute.It’s not their preferred workflow, because online the format is more flexible. Kranen: “There are journalists who aren’t interested in the digital product and who only provide content.” Louter noticed the same: “Sometimes you work with a journalist who is just busy with his story and gives you five thousand words.”
Journalists, coders and designers should work closely together, from the start. “It’s not something where one person’s job starts then another person’s job stops . That cooperation continues right until you’ve finished”, says Louter. Close cooperation and early involvement of all minds and skills results in a better product, they both agree.

6. Work side by side

Experts agree on this one as well: collaborate in a multidisciplinary team. Data journalist Jerry Vermanen collaborates with newsroom developer Marije Rooze at the KRO-NCRV, a big media company in The Netherlands. They think working side by side is important. “We don’t set up meetings, because we have a continuous discussion the whole time.”, says Vermanen. This also applies to brainstorming together to make ideas concrete. “It’s also a continuous flow. Ideas sprout the whole time. It’s easy, because our desks are situated next to each other,” says Rooze.

“Talk to each other and maybe become BFF’s”, said Alisha Ramos, front-end designer at Vox Media. But be aware. A new seating plan, won’t solve all your problems, according to Charles Arthur, editor at The Guardian. “Just sitting them together and hoping that great things will result won’t succeed, because they operate in different ways.”

7. Understand you have different speeds

“Journalism tends to be surface-skimming, fast-moving; coding/development tends to be deep-diving, strongly focussed”, said Arthur in that same article. Travis Swicegood worked close to journalists in his past job as newsroom developer at Texas Tribune and in his current job as director of engineering at Condé Nast. He recognizes the different speeds.
“It took me a while to be able to talk about the same things”, says Swicegood. “Journalists know how to explain things in articles but when it comes to their workflow everyone but the developers know what’s going on. It’s important that we both understand our workflows and processes.”

One day I asked our coder a simple question: “How can I make your work better or easier? He had one request. Clean up Trello. It’s a web based tool that teams use to track their progress. The most simple structure has three categories: to do, doing and done. Coders love it, as well as scrum and agile. They like the structure. Our gigantic to do list didn’t work for him. It’s was a Trello hell for our coder. I want to show it to you; made a screencast, uploaded it to YouTube and deleted it again. I was too embarrassed. A couple of hundred attendees of the NewsRewired Conference in London got a sneak peak. This was that moment… 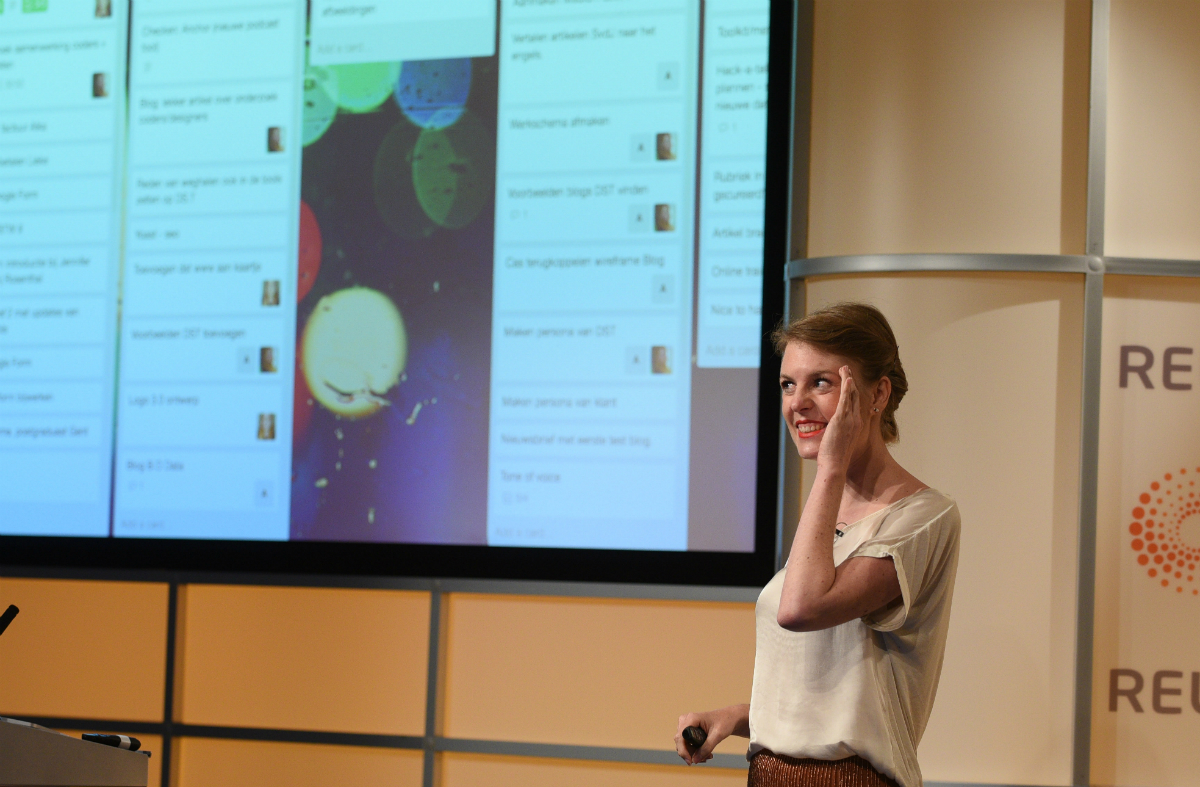 At Hackastory we made a different Trello – especially for all the technical projects. More structure + less chaos = happy coder. Welcome to our Trello heaven:

Looking back at my years as a journalist I realize I didn’t experiment enough. I always strived for perfection. In my mind experimenting was linked to failure and errors and if there’s one thing a journalist doesn’t want in their work are mistakes. It harms your (company’s) credibility. Actually, it’s not true. I know now. A lot of the coders we talked to and worked with love experimenting. It’s a big chunk of their work as they’re pushing boundaries and exploring new grounds. Kranen feels sorry for journalists experimenting so little. “I think it would be good if all journalists did a digital project and see what’s going on. And you don’t have to build a complete monument, start with something small.”

At the Hackastory office we want to embrace failure. That’s why we have this weekly prize 🙂 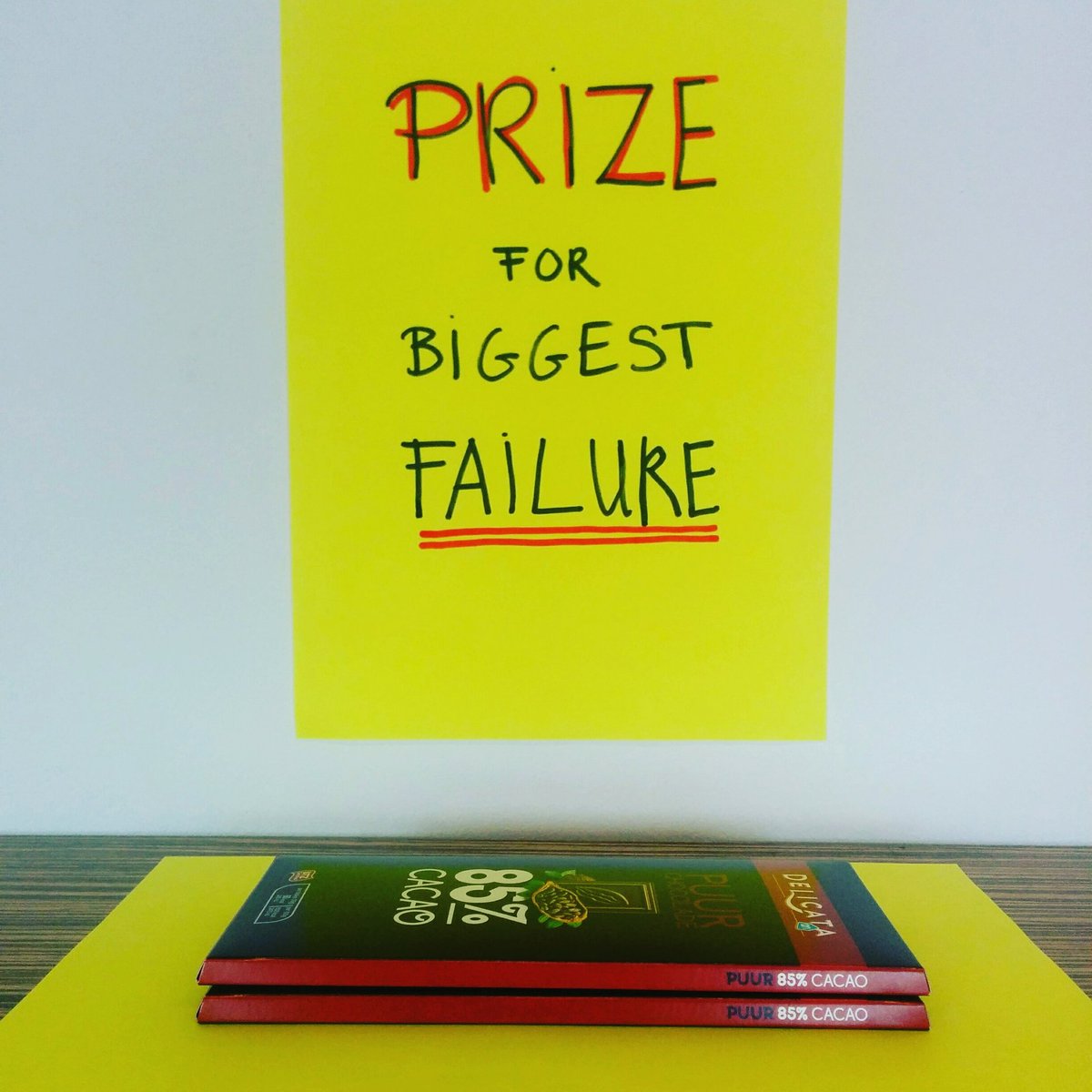 Yes, that’s right. It’s fun! Hackastory truly believes the best is yet to come in journalism. We know, from personal experience and from working with hundreds journalists and coders from around the world, there are many – MANY – challenges, but possibilities are endless in this digital era. Enjoy your role as a pioneer and kick some ass: you have an important job to do.

No coder – yet – at your newsroom?

No worries. There are plenty of tools and resources available to help you build your digital stories. Or check out these 10 free digital story tools for journalists.

Research and interviews were done by our editor Annebelle Nooteboom. An even more elaborate version is available here (in Dutch).

Improve journalism in the digital age: 8 things we need to do