The concept behind Storyweb is that you could look at a story from different perspectives, and it takes out the control the journalist has and let the news consumer search for their own way.

Storyweb is made for ‘story snackers’ on the go that want to see a visual story that doesn’t ask too much of them. People to choose their own path through a story. From the entry point, the premise of the story is given, with three titillating options to choose from to go next. Each path they take reveals new destinations. It’s possible to look at all the story nodes, but you don’t have to — finishing your snack is optional!

Storyweb is also aimed at a younger generation who might not want stories built in a traditional way. 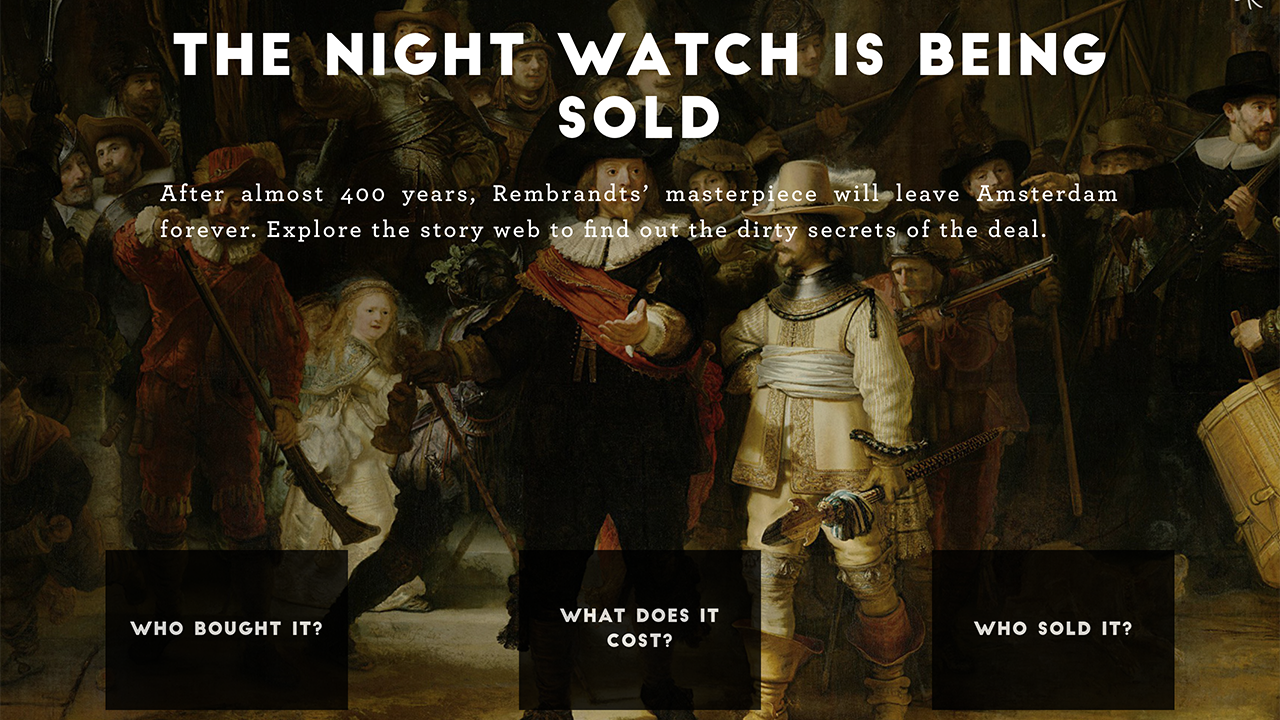