But where to start? With no background in creating an interactive experiences they asked for help to match their time and budget with their ambition to make a mark with two attractive news games.

Vers Beton is conducting extensive research on building and power in Rotterdam. The main goal of the news games is to offer the reader/player an insight in difficult decision making processes. They want Rotterdam’s inhabitants to realize that achieving a better future entails more than a simple yes or no. The stories told shows the positions of scientists, politicians, government, locals and the head of the industry. The games also show the impact that the development of Rotterdam has on the environment and population of the city and the world at large. As you might understand, these subjects are hard to sell to the average Rotterdammer. Vers Beton  wants the news games to get the story across to a wider audience because of the importance of the subject.

Vers Beton is not your ordinary newsroom. They are a multi-talented team, producing journalistic research pieces with a strong focus on local Rotterdam news and culture. Their aim is to provide a bigger audience in Rotterdam with socially relevant information, using research results presented an interactive online environment.

We spent 2,5 days together in total. The first two days we researched and defined the most urgent target audience of both stories and brainstormed to create formats that matched the stories and audience goals. The second day we had an expert session  to finetune the chosen format, sketched it out on paper, tested the flow of the experience, and finally performed a critical project review to kill darlings and outline a development approach within the framework of the time and resources they had available.

The biggest hurdle was to find a way to connect the potential user (audience) to the problem they want to report on: sustainability. In general it’s really hard for people to understand how big and subtle changes influence their surroundings. The games show the direct effects on all the stakeholders involved as you make decisions for the city. You’ll learn that reaching a sustainable future comes with a lot of nuances.

Vers Beton  now has a concrete concept and roadmap of one of the stories. Their technical partners understand the framework and goals of the news game, the journalists know within which structure their research should work, and the project manager knows who and what to brief during the project. The other news game has just been released and can be played here: https://bouwenismacht.versbeton.nl/. In just under two months they grew from a simple idea to a finished project with already over 2000 plays. 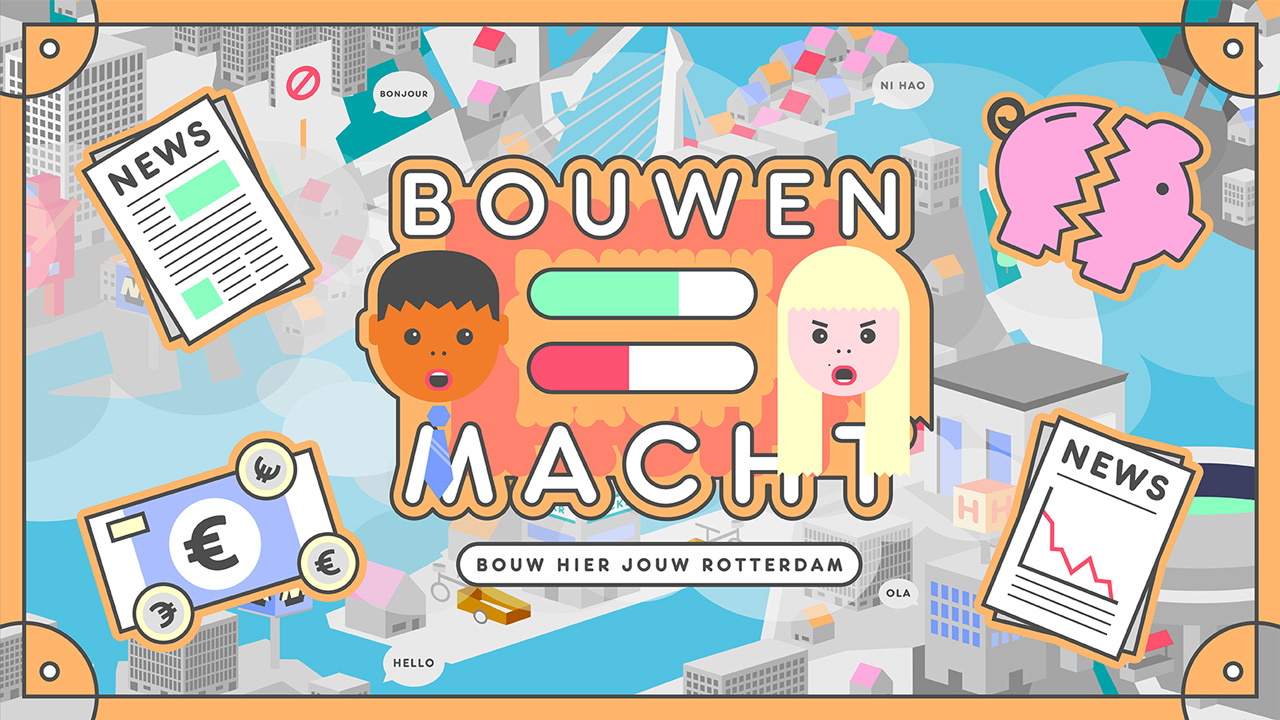