Flight, a chat bot integrated in Telegram to get up close and personal with refugees got the prize for ‘best experiment’. The award for ‘most potential project’ went to News Bricks.

Thousands deaths or 11 deaths
Which of these two articles would you choose if you only know this fact. Both happened around the same time: around 2,000 were killed by Boko Haram in Nigeria and 11 people died in the attack at Charlie Hebdo. If you start with only one fact. Would that change the articles we read?

This question was the starting point for the team of the Dutch national broadcaster NOS, who worked on News Bricks. The project aims to take a story back to its core elements without the filters of journalists. You start with one ‘brick’ before other news facts are unlocked to slowly reveal the full picture. The prototype was build during the first Hackastory hackathon in Amsterdam by Joost Lubach, Joel Laumans, Elger van der Wel and Hervé Verloes.

Chat with refugees
In South Africa the prototype ‘Flight’ was made by Trevor Snap, Mosaab, Wietse Neven and Karabo Rajuili. This group focused on the refugee crisis in Sudan. Their aim was to help the audience understand the impact of the crises and the stories of some of the three million people who have fled the country. ‘Flight’, a chat bot build with the api of messaging app Telegram , where the user can have conversations with five fictional refugees to find out more about their experiences.

Shared second place went to Dilemma, a multiplayer VR cardboard game and 360 Wall, a 360 3D story of protests in Israel. According to some winners, they actually got the best prize, an inflatable octopus. 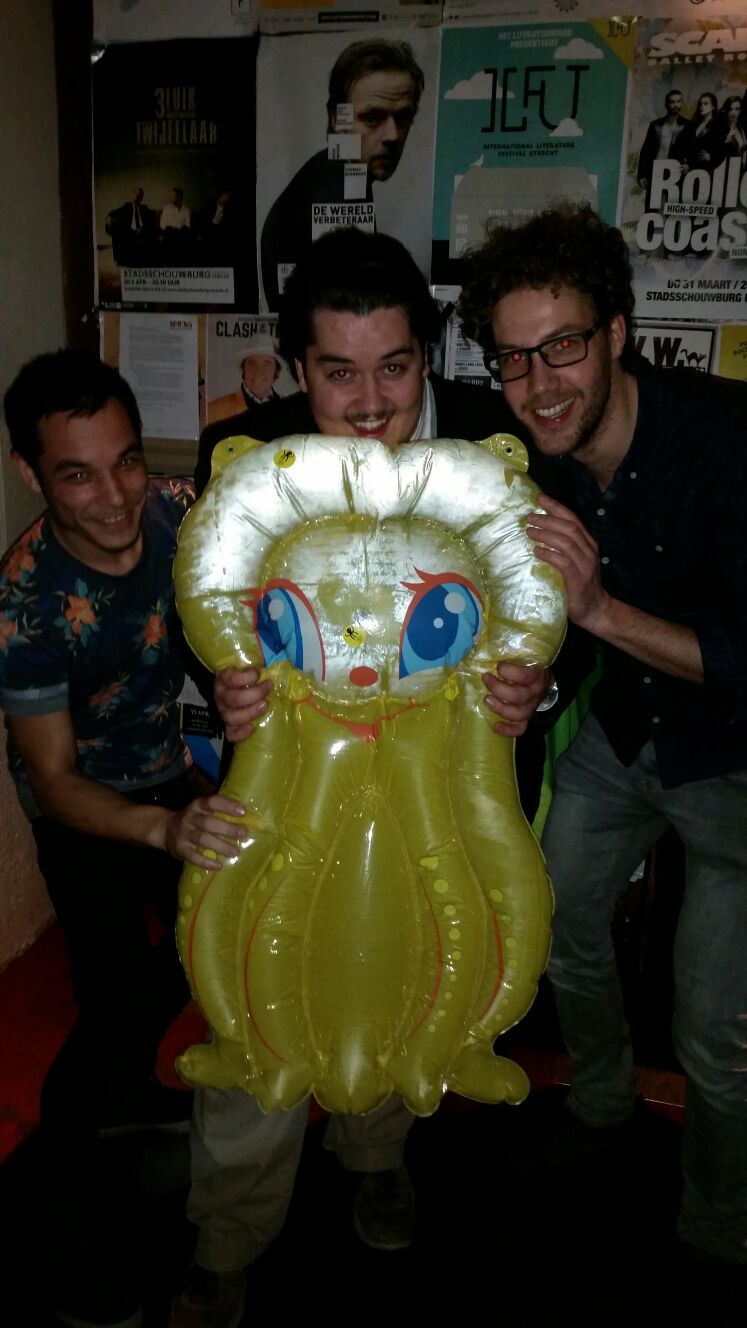 Celebrate experimenting
“Most recognition goes to big beautiful and finished projects, but in this accelerating world it’s also important to celebrate experimentation. Crazy ideas as stepping stones and failed prototypes as big moments for learning. These days that’s crucial and it’s time to give experiments a spotlight”, say the founders of Hackastory and the Master of Tinkering Awards.

We were hacked
We received hundreds of votes for the first edition of these Awards. Those we legal, but we also got some illegal votes. Hackers did what they love to do: hacking. This time they hacked our voting system. Scores went through the roof or plummeted… 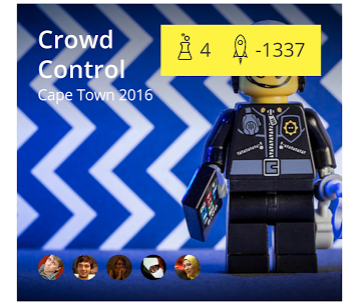 Hackers also got creative. Trolling the Trolls got a Pi inspired number.

Well done guys. We had a good laugh, we know who you are and – no worries – we only counted the fair votes.

Want to join our next hackathon?
You can! Join us!