These are just a handful of the answers we received from media organizations and journalists on the question: who is your audience?

Knocked. For. A. Loop. I was flabbergasted. That couldn’t be right.

You’d think it’s only common sense that you know who you’re writing for, right? At least that was my assumption as a designer. Well, I had to think again. Because many journalists, media organizations and newsrooms don’t know who their public is. And that keeps on surprising me, every day.

I have been studying Communication and Multimedia Design in the Netherlands for the last four years, and the very first thing they rammed into our brains, was that you can’t start designing, you can’t start writing and you can’t even start thinking about what to design or write if you haven’t established who your audience is. If you don’t know that, you’ll get lost and you’re just making something without knowing its relevance. Your audience = key.

I learned it the hard way. I’ve done a project for Philips, where they asked us to develop something which would help slow down the process of Alzheimer’s. Full of enthusiasm, off we went: brainstorming about possible solutions for Alzheimer patients. The only thing we knew about the target group, was that they were ‘pretty old’ and would probably forget everything, because that’s what Alzheimer’s is, right?

So we created tons of ideas to help them. Within just a couple of days, we were stuck. Why? Because we didn’t know who we were designing for at all. What did people with Alzheimer’s like? What did they hate? In what environment were they living? It was only after doing intensive desk research, days of observing various people with the disease, interviews with professionals such as carers and doctors, we knew who were dealing with.

We could start all over again with concepting, because all the existing ideas were built on nothing more than assumptions. Turned out that people with Alzheimer’s rarely spoke and some only did when someone else began talking to them. A pretty important thing to know when half of your ideas involve speaking…

Years later, I’m a new recruit at Hackastory and I’m researching audience-funded journalism. Goal is to come up with a new concept to help organizations with this new business model. After a little brainstorm, I decided I needed data from these companies. So, I made a list with everything I needed from them. One thing I needed was, you’ll feel it coming, who their audience is – what they liked, what their characteristics were, basically a persona – just like I learned. I passed the list on to Albertine Piels, the Hackastory chief, who then said this to me:

“Luke, not all media companies know who they’re making content for. It’s not common knowledge. We’ll probably have to help them make an analysis of their audience and find out who they are exactly.”

(Psst: you need help with this? Let Albertine know: albertine@hackastory.com)

Knocked. For. A. Loop. I was flabbergasted. AGAIN.

We all make assumptions about our audience. I’m honest, I’m guilty too. But how can journalism survive if you don’t know your news consumer? How can you inform people with complex stories and information every single day? How can you thrive in this world that is dominated by trends such as individualism and exclusivity when you don’t know that? A world where people want to be seen, known and accepted. A world where people are done with being treated like ‘just some customer’. The answer, in my opinion: they’re not. News companies are struggling to survive and one of the most important reasons is that they absolutely don’t know who they are writing for.

It’s no wonder that methods such as Hackastory’s Method Kit – a collection of exercises and tools to innovate (which we’re working on right now, we’ll keep you informed!) – begin with your audience, making a user journey and a persona for example.

Also, the new CoDesign Methods (in Dutch) consists of steps like expectation mapping, empathy mapping and even a ‘service safari’, all to give you insights into who your audience really is, what they want and what you mean to them (and what they mean to you). It might be a method for design, but the steps are just as important in making good journalism.

Also, IDEO has a great human-centered design kit with methods to know your audience and put them at the center of your creations. The company knows that the users are the most important when creating content, which is certainly the case with renewed journalism. Moreover, IDEO has a great view of how we should assess new business models, starting with the ‘desirable’: do people want it? It’s the order that’s essential here, as they show you eventually have to aim for a mix of human, business and technology, but start with human. 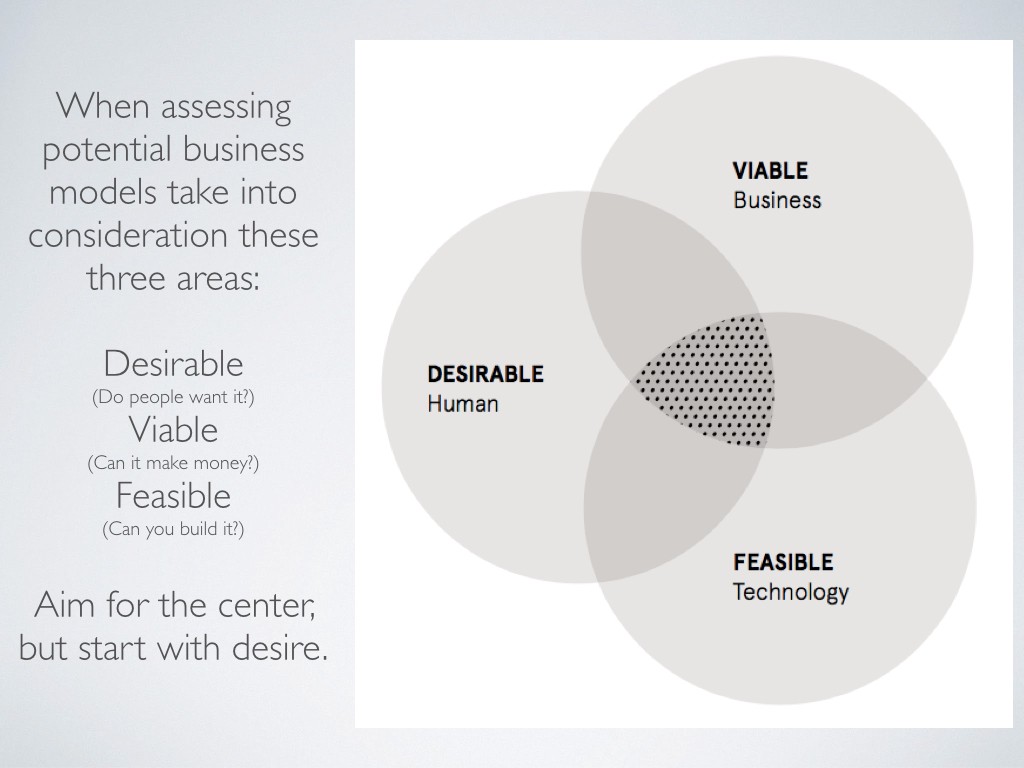 Moral of the story: just get to know your audience. Don’t start writing and don’t start engaging if you haven’t got a clue who you are doing it for. It will be much easier to survive in this world of struggling media companies if you do. So let’s emphasize this just one more time: audience = key.

10 inspirational digital stories made with tools

It’s possible: you can make money with quality journalism