I’m not just a designer

Two days, one project and one working prototype. I enrolled myself to the Haikuton Hackastory wishing for a sign what the hell I was supposed to do after graduating from Communication and Multimedia Design in just a month.

There, in a basement of a remote building in Amsterdam North (A Lab) I found myself in a very comfortable atmosphere. The bar-area was, to my surprise filled with other, known and unknown fellow CMD’rs, writers, journalists and developers. Hands where shaken, drinks risen and words shared. 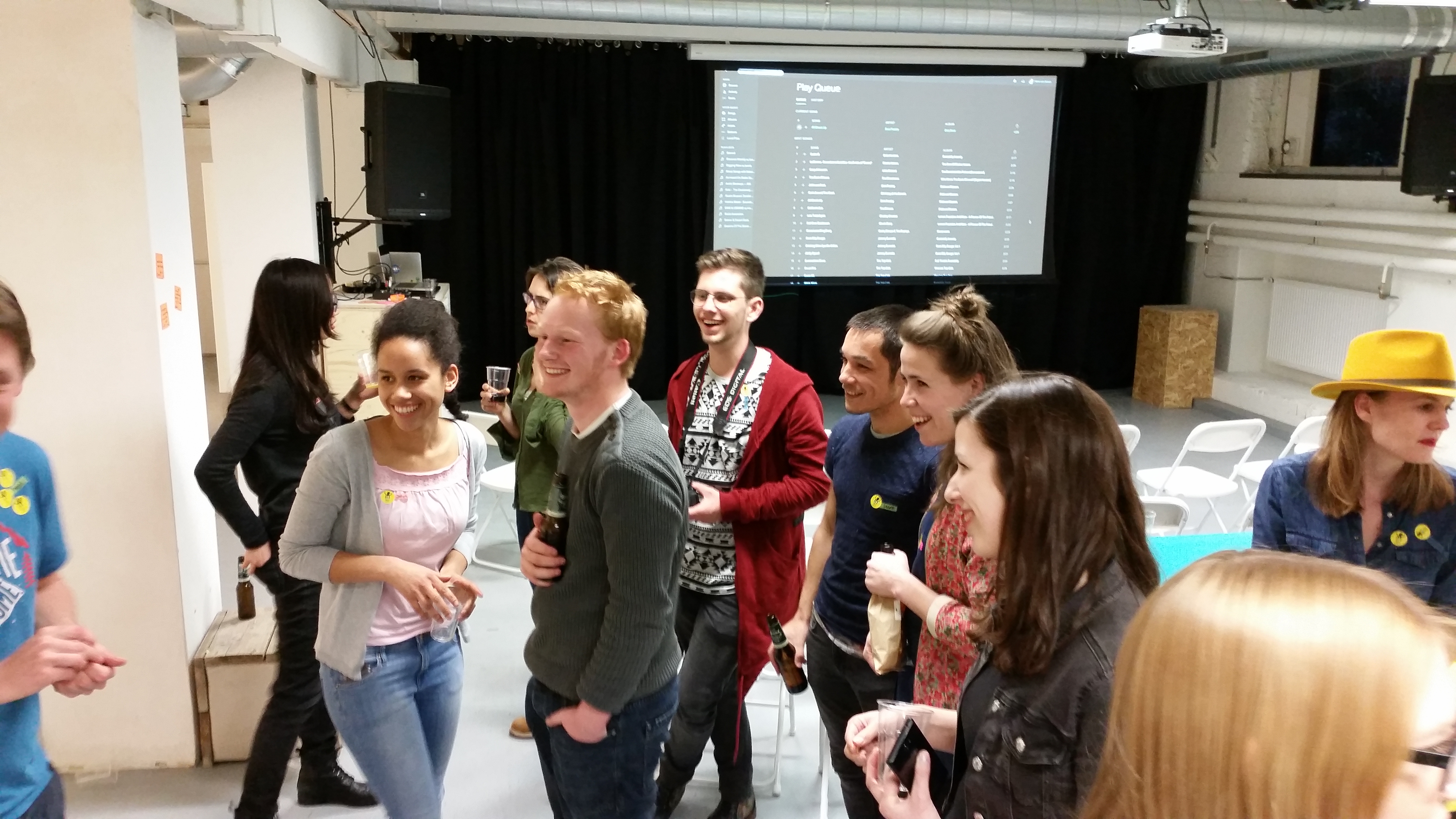 When everyone got comfortable and our name tags already began to fall off of our shirts, we gathered in front of a projection, where we got the Hackastory introduction: we got 48 hours to create a working prototype based on a self-made project. This was followed by pitches of every participant about their twisted and/or bedsidetable ideas. 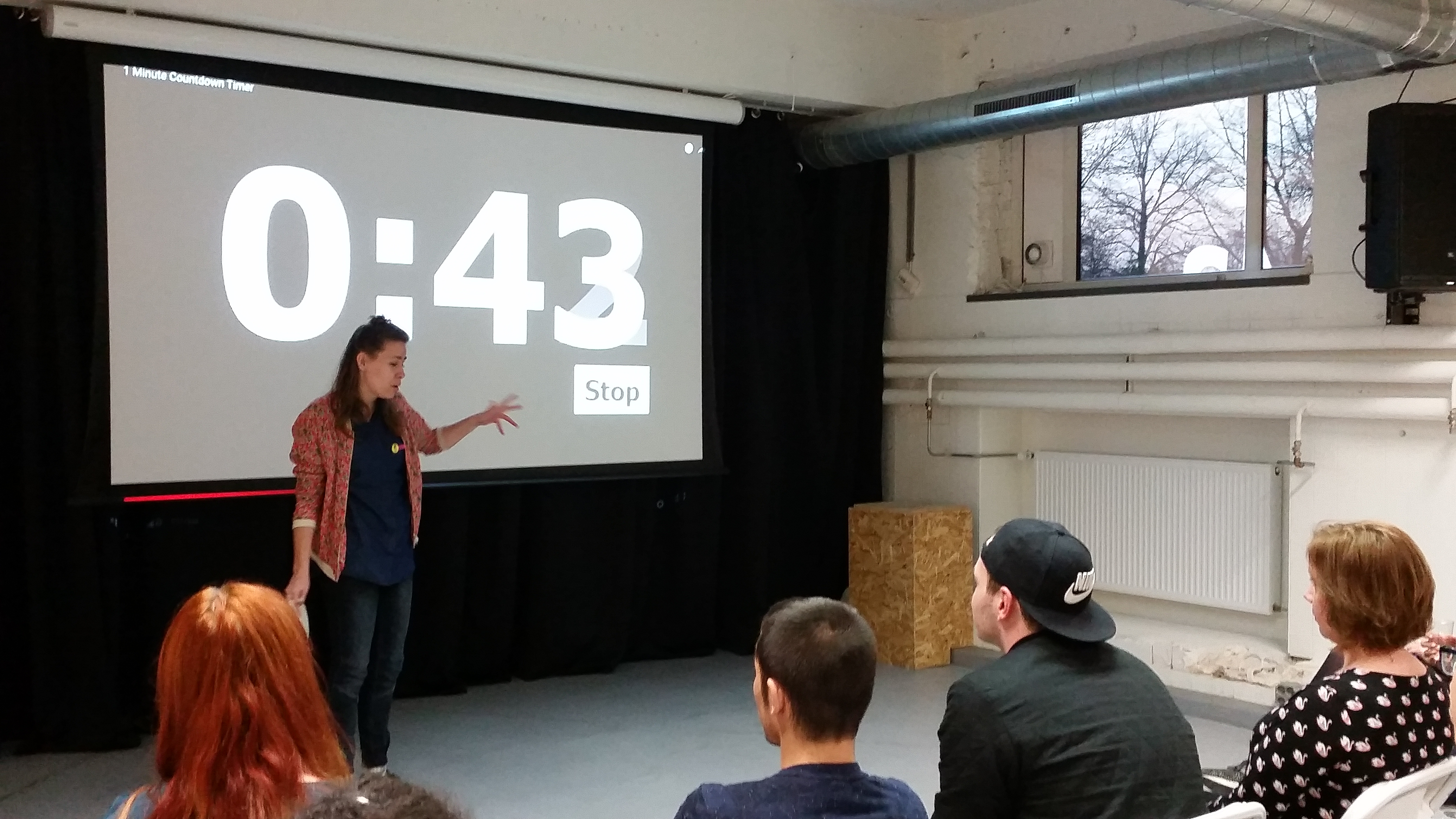 After every pitch more and more of my creative thinking came back to the surfice of my mind (which I once learned at CMD): how to create more ideas, how to keep people going in a creative process, how to get more focus within a project and most of all, how to get a project working in such a short time?

The formation of the group went seamless and the longer we talked the more exited we got. We were six in total: Frank as the programmer, Jolijn, Vera and Maartje as storytellers and Racheal and me as designers. That friday evening we talked what inspired us: installations, handwriting, 3D-soundscaping, photography, films and way way more. After some drinks we left the building to get some more drinks in a nearby cafe, talking about where we thought ending up at the end this weekend. 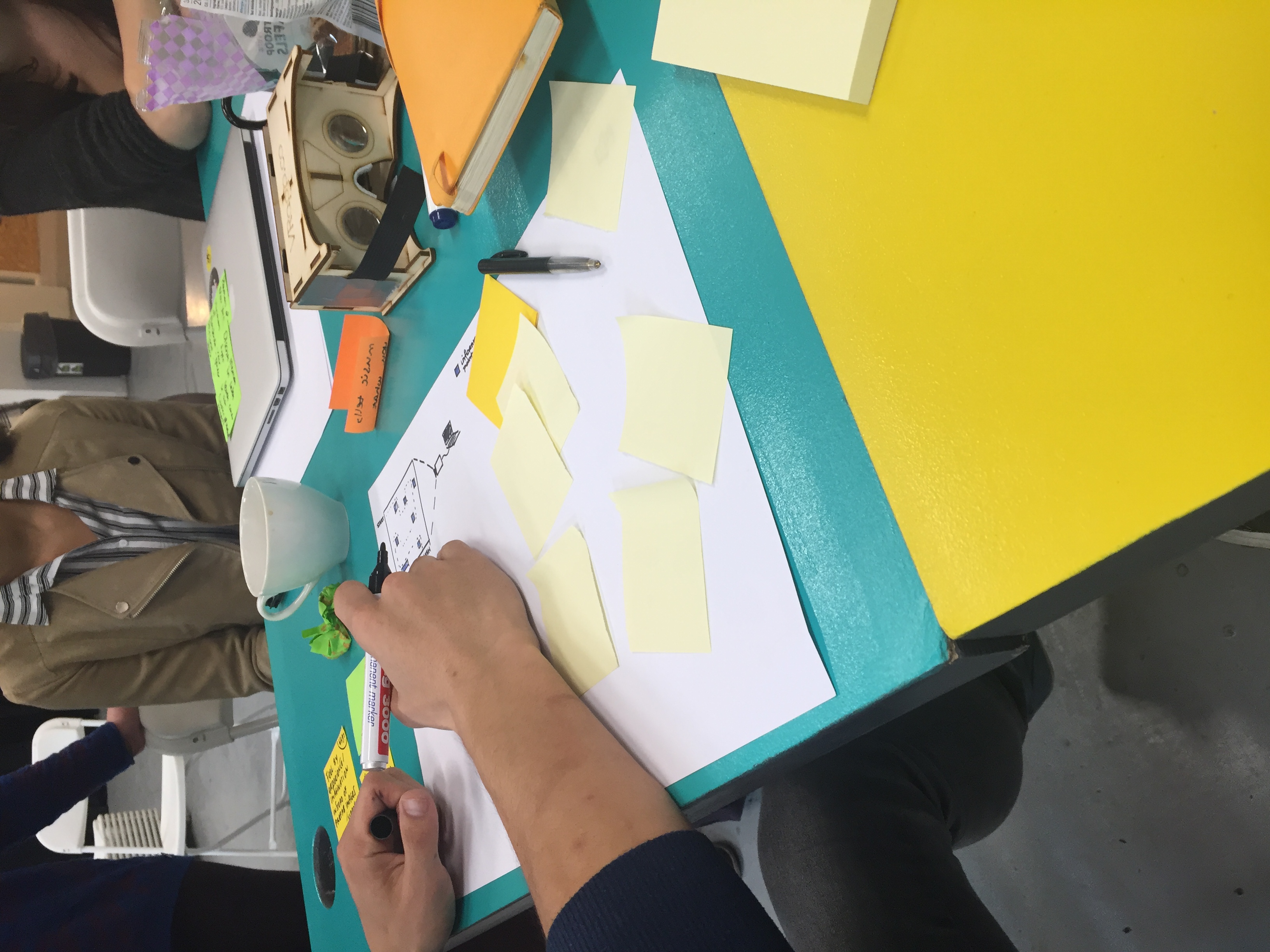 That night I lay in a strange bed, in a strange house which I normally consider at least uncomfortable (something with unprocessed youth-homesickness). But, for a change, I felt good and energetic. I thought about the past four years of school, where I thought I didn’t learn that much. Being a CMD’r generally means you are trained at the intersection of creative content and strategies, interaction design and creative technology. Making a website, marketing strategy, a game, an innovative interactive product or service or an interactive audio-visual piece are things you get training in. But right up untill this weekend I’ve never been able to put into worlds what it actually is to study CMD.

A little voice in the back of my head started repeating all the things I planned on reaching this upcomming weekend: interaction with new people, bringing feelings and technology closer together, building a bridge between art and communication, learning from other professionals and most of all having fun. And out of nowhere I realised I didn’t just come up with these things. No, I thought of them because I could think of ways to actually achieve them. I nearly sat straight up in my bed when I realised I just found the added value of being not just a designer but a communication and multimedia designer. For that reason my team mate Maartje called me the spirit animal. Another participant of the hackathon coined this term jokingly to explain where his creative vibes were coming from, incluencing the flow of the team. His spirit animal was Beyoncé 😉 I consider that ‘spirit animal’ in me to be a cameleon who is able to transform itself to fit in every single project he gets involved with. In my eyes every CMD’r can be just that. You are the bridge between all the diffrent occupations and studies within a creative project, understand all the steps made and all the languages spoken. 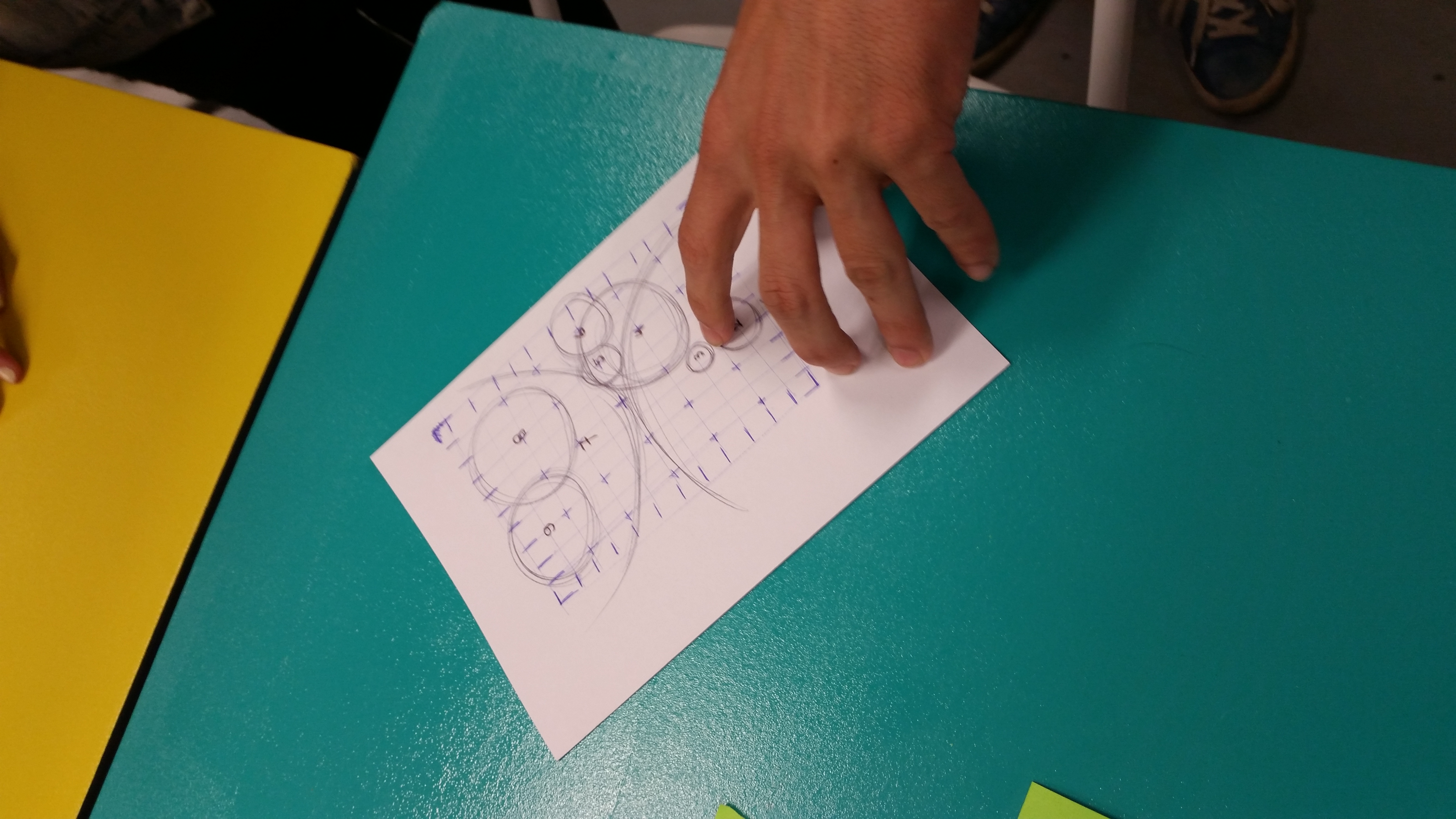 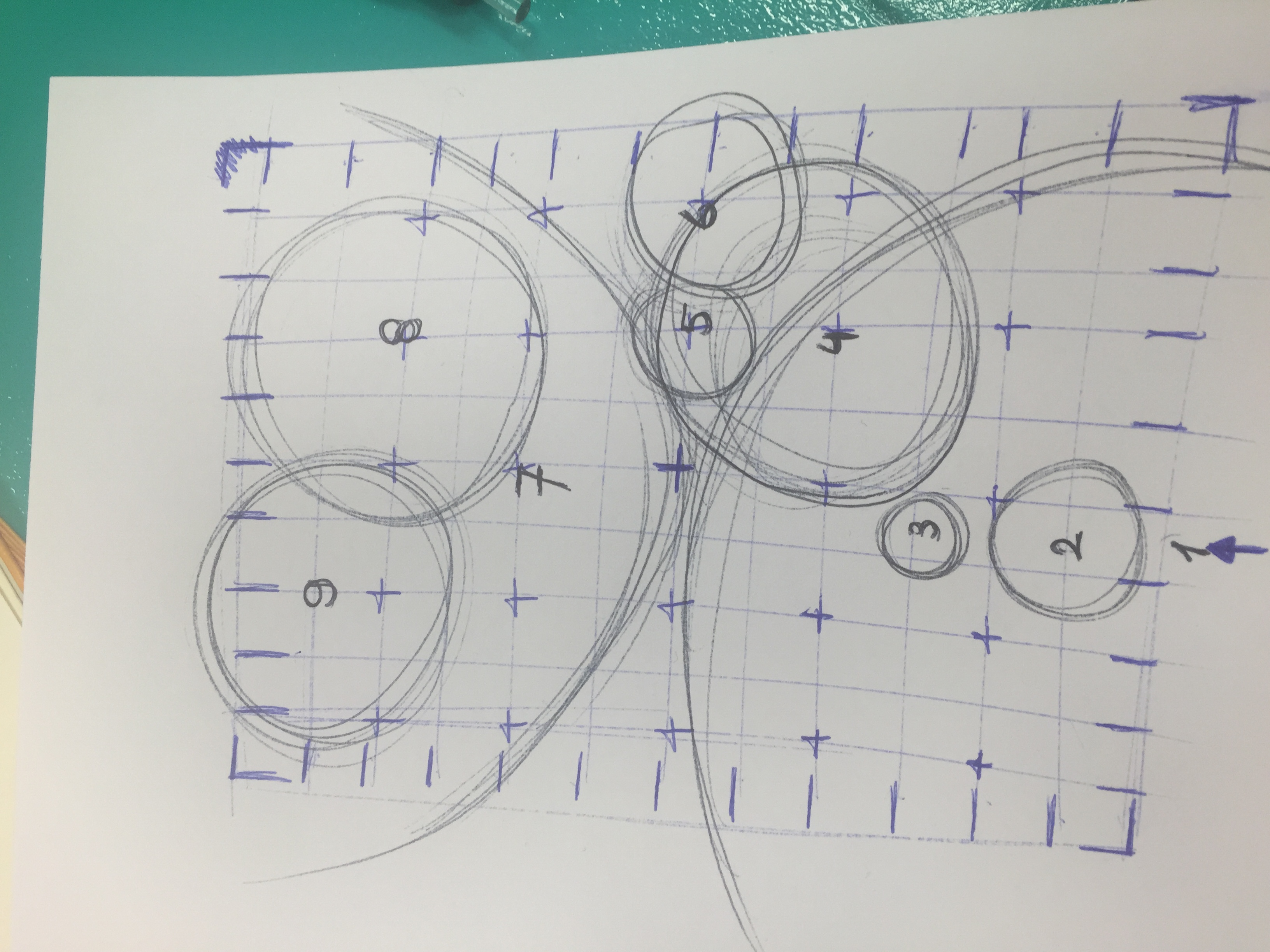 The next two days I worked together with my multi-talented team on an interactive soundexperience which offers a new way of looking at the current state of online storytelling/journalism. Everyone contributed his or her bits and it would have never been the same with just one not being there. This is what made the project generalistic, but also so specific and directed. By having some sort of leading roll in this weekend I realised how much I’ve learned and that I could actually understand a bit of every profession. Something I would have never thought before I started CMD.

Our prototype is called Visual Silence. Today more than ever, our stories are being told by images. Whether it is news articles, or our own stories we share on social media. Gifs, video and pictures are seeking our attention all day long. They make you laugh, gasp our smile. But there is also a dark side: A number of researchers are pointing at the consequences of this image-overload: heightened anxiety and memory impairment. Visual Silence deletes all context of images and even words. It tells a story by using just sounds. It challenges people to use nothing but their own imagination and see whatever comes to their own mind. Visual Silence does not direct you in any way about how to feel. You just feel and follow your impulses to understand in what kind of situation the story brings you.

I can conclude out of this that whenever you’re willing to give a 100%, you can actually do anything and be anyone with the skillset you get at CMD. Projects like these makes you realise just that. Thank you Hackastory!

By Lieke van der Rijk
She is a communication and multimedia designer specializing in creating experiences through audial and visual storytelling. She is focused on changing the audiences’ point of view by responding to their daily behavior.

VR Storytelling blog #5 – Do we need totems in virtual reality?